During our district open house last evening some former students who had graduated in June came by for a visit and to see how things were going. I was flattered by the fact that they took time to seek me out and say hello. Little did I know that after three short months apart they would return and teach me a valuable lesson.

One of these students had brought in a project he had been working for the past two months and he wanted me to see it. Using Legos he had begun to construct a scale model replica of the Titanic and had brought in the front portion of this project to share his passion, and show me his progress. As he excitedly explained what he was doing and how he had overcome some challenges in construction I couldn’t help but stand in awe as he explained this undertaking. Without diagrams, blueprints, instructions or anything of the like, he had put together an amazing masterpiece from nothing more than a picture and thousands of small building blocks.

I questioned him about certain aspects of his task and then began to point out how and why this project amazed me. Keep in mind that before me was student who had difficulty with standardized testing, was frustrated by traditional instruction methods, and exemplified annoyance as grades he received were not a reflection of his effort. With these thoughts in mind I stated to him how much I wish there had been a Regents Exam that would have reflected how intelligent and capable he was as a learner. I explained that he possessed such an amazing thought process that few understood and that traditional testing formats could never measure. His parents replied, “We’ve never heard someone talk about him like that before”. And that’s when it struck me. When we talk what do students hear?

I fear I’m not alone in admitting that too often I think about what to say rather than what a student needs to hear. Think for a moment about some of the more common statements that are probably said too often during a school day. Are our words building up or tearing down? Do we criticize or critique, compliment or condemn? In other words, what are students hearing? Standing in front of me was a graduate and his parents who had never heard someone celebrate the diversity of intelligence that he possessed. It took a post-graduation trip to his school for him to hear what he should have been hearing for a long time.

Commentary and contemplation through the eyes of an educator. 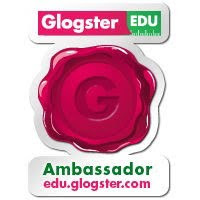